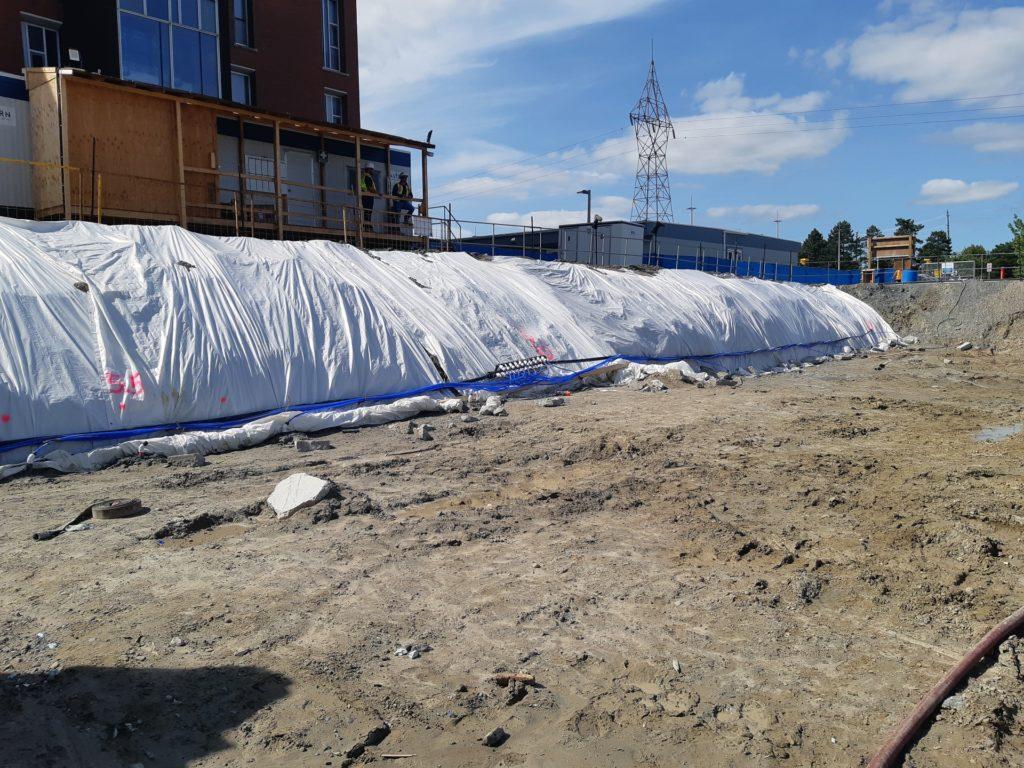 WJ’s Canadian branch opened in the centre of Toronto in 2016 to work on the Toronto Eglinton Crosstown LRT project, a project we are still working on 3 years later! This is however not the only project we have been working on since we arrived in Canada. One of our most recent other projects took us dewatering in Oshawa, on the shores of Lake Ontario. 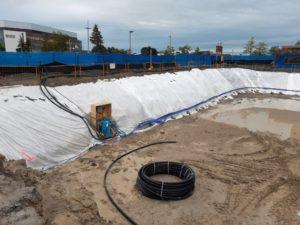 The site was characterised by water bearing sand horizons sandwiched between cohesive glacial till deposits. In order to aid the construction of a new four storey building, which included 2 levels of underground basement, a dewatering system was required to control the groundwater in these sand deposits. The project designers intended to construct the new development via open cut methods which meant control of groundwater within these sand horizons was important to ensure both the stability of the excavation and the need to undertake the works in dry conditions. 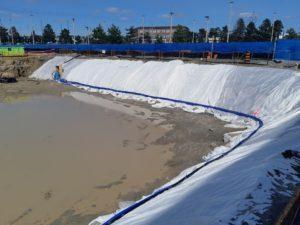 WJ Groundwater Canada’s highly experienced staff were able to install a perimeter wellpoint dewatering system around the footprint of the proposed development which successfully drew the groundwater down 5.5m below ground level, approximately 2.0m below the proposed deepest onsite excavation, to ensure the excavation and construction works could continue in a timely fashion.