The Royal Hospital for Sick Children has been based on it’s existing site in the heart of Edinburgh since 1895, however in 2005 it was decided by the local NHS Trust that a more modern facility should be constructed adjacent to the existing Edinburgh Royal Infirmary at Little France on the south-east edge of the city.

The new children’s hospital was planned to be constructed adjacent to the 900 bed Royal Infirmary of Edinburgh at it’s Little France site, which itself only opened in 2003. The intention was to combine the services of the existing children’s hospital with the Child and Adolescent Mental Health Service and the Department of Clinical Neurosciences in a new ultra-modern 233 bed facility.

In order to aid the construction of the new hospital facility, WJ were appointed by the main contractor Multiplex in 2015. A deepwell dewatering system, supplemented by localised wellpoints and sump pumping was proposed to target the main bulk excavation as well as deeper local core areas. The wells targeted variable water-bearing alluvial and glacial deposits, toed in to the underlying mudstone and sandstone bedrock.

Due to the location of the proposed excavation adjacent to the existing hospital, as well as localised peat deposits which are particularly susceptible to settlement during dewatering, it was necessary to undertake a desktop settlement assessment to model the amount the ground movement anticipated as a result of the dewatering works. 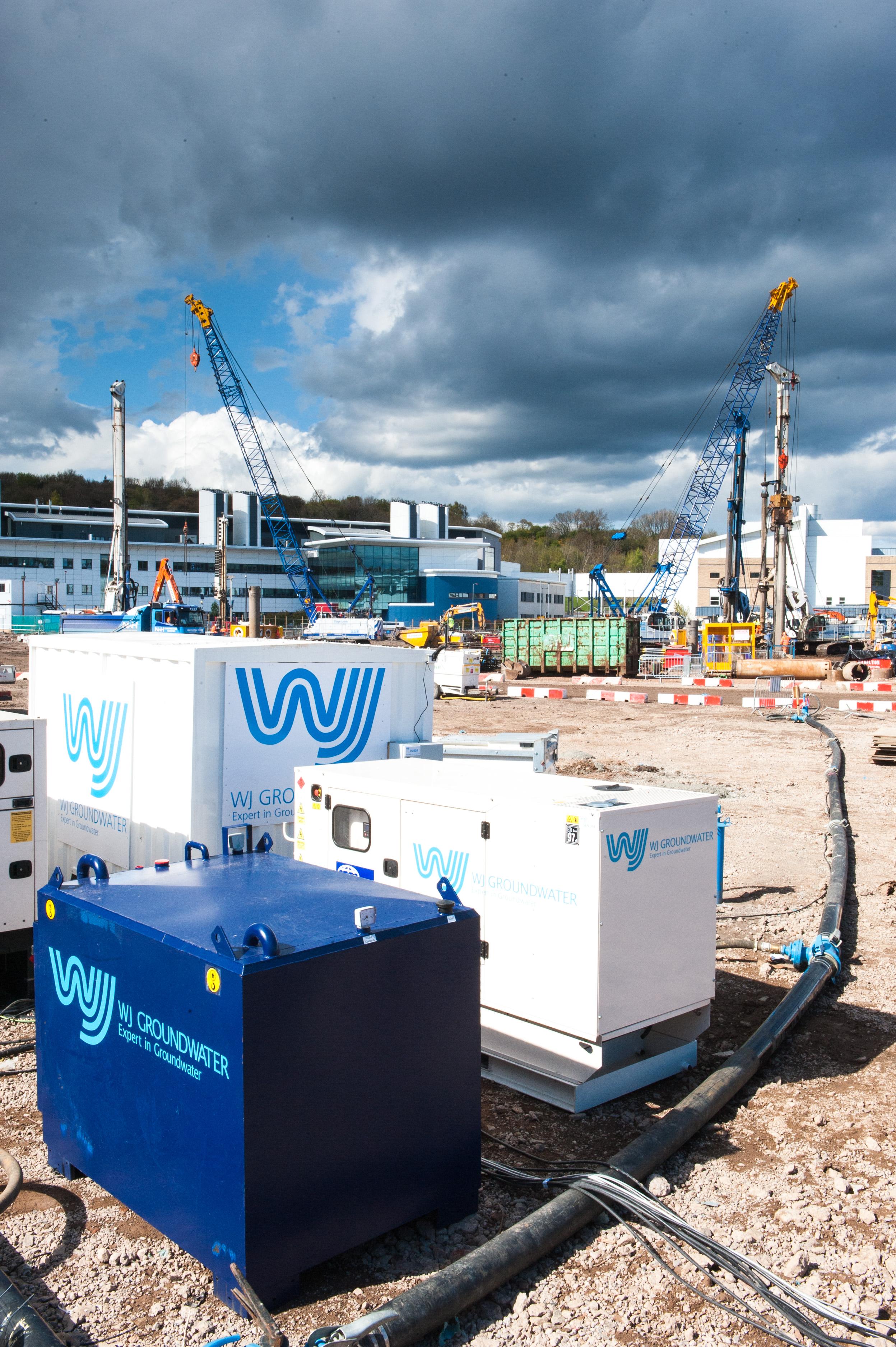 was within acceptable limits and a dewatering system comprising of 20no deepwells, to 12m depth, was installed around the perimeter of the excavation. This was supplemented by groundwater monitoring wells which were used to monitor the groundwater levels in the glacial and alluvial deposits and therefore the effectiveness of the system. The excavations were undertaken with battered slopes for the bulk excavations, however deeper core excavations, supported by secant piles were also constructed. As a result of this, some of the deepwells were installed from a reduced ground level installation platform within the battered slopes, and from ground level within the secant piled cores.

The initial dewatering design had made an allowance for localised wellpoint installations to supplement the deepwell system, however the deepwell system performed better than was expected and the wellpoint system was no longer required and could be replaced with conventional sump pumps instead. This resulted in a significant cost saving for the client. 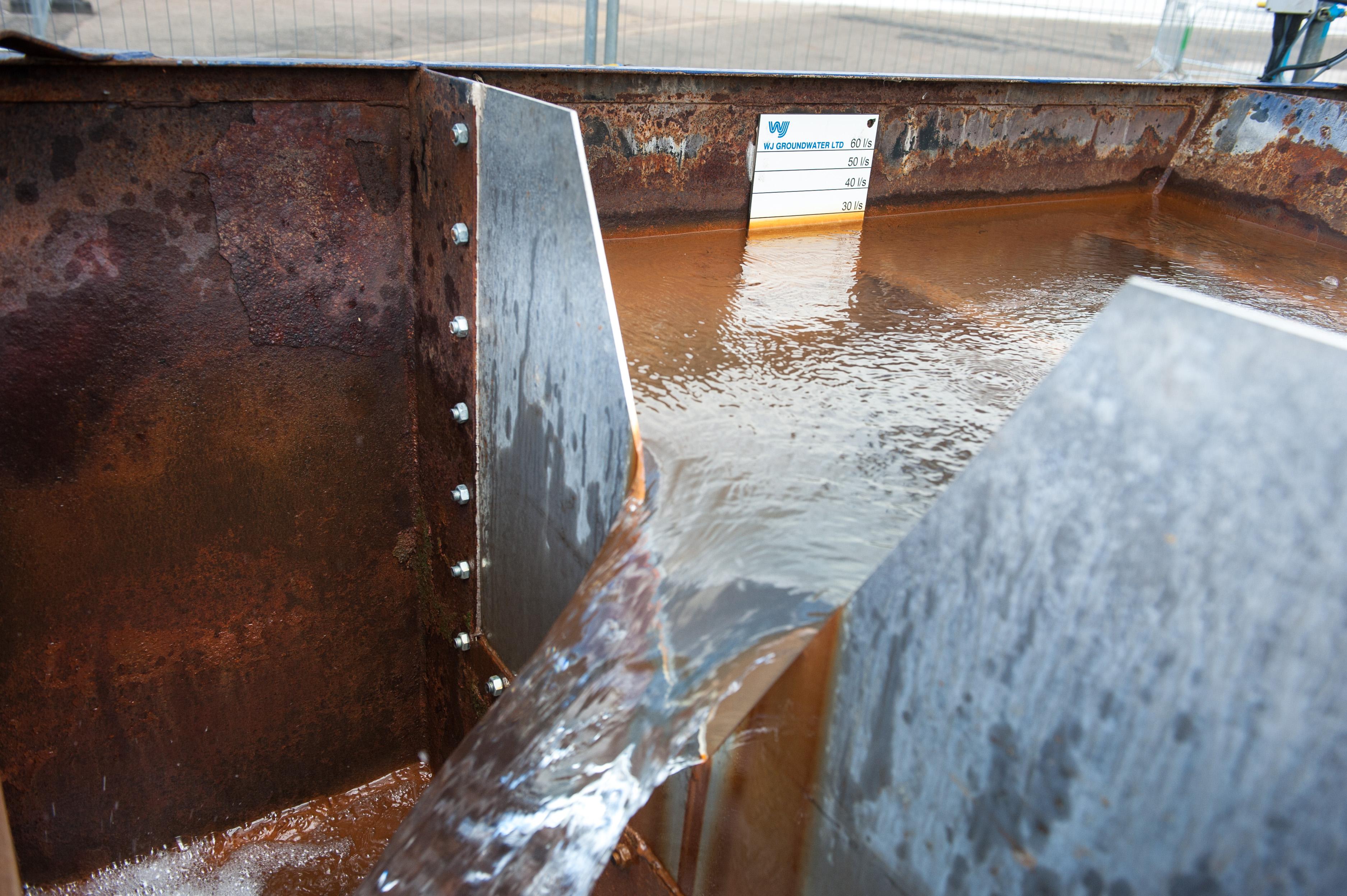