In 2000, when the London Eye opened to huge critical acclaim and quickly became the UK’s most visited paid-for visitor attraction, countless cities wanted an ‘Eye’ of their own but found that a similar wheel design would not be financially viable without a suitable site or sufficient guaranteed visitor numbers. 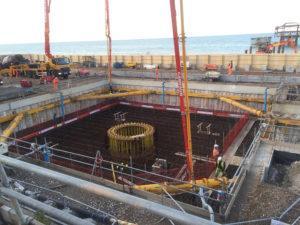 So, when it came to Brighton & Hove’s new landmark attraction, husband-and-wife architects David Marks and Julia Barfield (the visionaries behind the Eye’s design) went back to the drawing board and designed the i360.

The i360 design has many advantages over the Eye including a larger, more versatile glass viewing pod, a large visitor building at its foot and a lower capital cost. The main contract involved the construction of this new 162m tall observation tower on the Brighton seafront and WJ were called in to help with the excavation and data logging process. 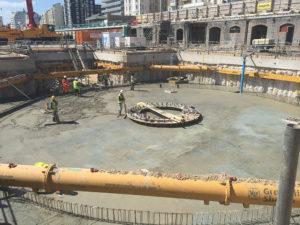 Initially, an excavation – supported by a secant bored piled walls – was formed to accommodate a 4.6m thick foundation slab and basement level access to the new attraction to approximately 5.0m below the standing groundwater level. In order to achieve the drawdown of the tidally variable groundwater levels from the Storm Beach Deposits and underlying chalk, nine deep wells were installed via cable percussion drilling. 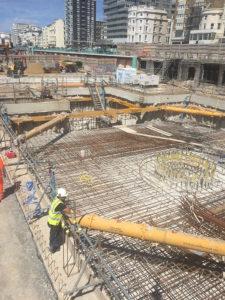 A significant boon for tourism in Brighton, it is estimated by developers that the i360 will generate more than 440 permanent jobs, 169 at the attraction, plus additional jobs from the spin-off benefits to other businesses in the city. The West Pier Trust also hope that the success of the i360 will lead to the rebuilding of the historic West Pier.