The Eglinton Crosstown Light Rail Transit (ECLRT) project consists of almost 20km of light rail transit running through the heart of Toronto, from Mount Dennis in the West to Kennedy in the East.

The project has been one of the most technically challenging construction projects in Toronto’s recent history, and one of the largest scale dewatering projects WJ have undertaken globally in our 40 year history and one that we are proud to have been part of.

One of our most recent involvements in the project is on the Eglinton Interchange Station. Eglinton Station is one of the busiest stations on the existing TTC subway, and the new Eglinton Crosstown LRT line will be constructed underneath the existing live subway tunnel. As if this doesn’t already make for an extremely challenging project, the area around Eglinton Station is already heavily developed with numerous tall condo and office towers around one of the most congested intersections in the city.

Fortunately WJ are accustomed to this technically and logistically challenging projects, and installed a number of inclined large diameter deepwells and wellpoints in to the underlying strata to lower the standing groundwater level. 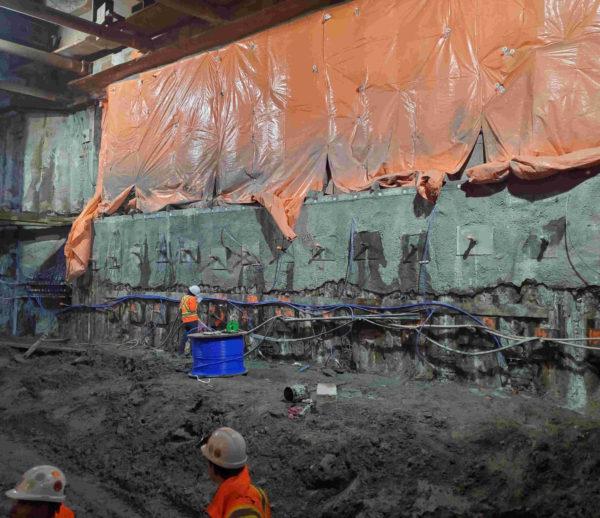 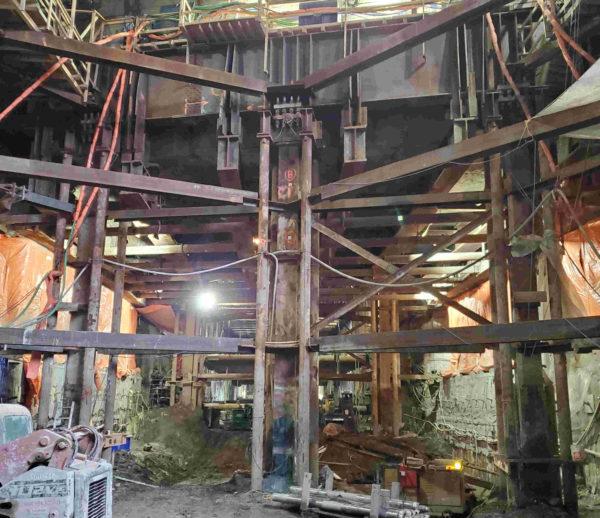 WJ had to work very closely with consultants and engineers from the many stakeholders involved in the project to demonstrate that dewatering underneath this critical piece of Toronto’s infrastructure could reduce the overall risk for the project and allow for time-saving shoring alternatives to be considered for the TTC subway box construction.

The WJ Canada team is very proud to be a part of the successful dewatering and excavation beneath the Yonge-Eglinton interchange.