The Riverside South Development in London’s Canary Wharf was originally earmarked by JP Morgan for their new European headquarters. 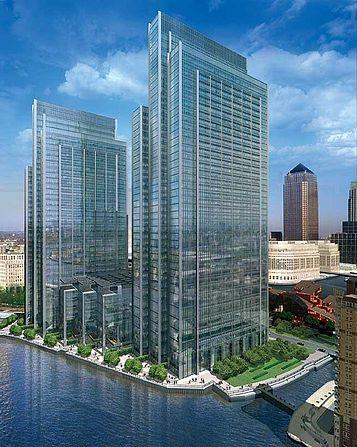 The project represents one of London’s largest and most ambitious office schemes, Dominated by two towers, each over 270m tall, the magnificent structure will become a new feature of the capitals ever changing city skyline.

Part of the building works on this site called for the construction of a large, 3-level basement, supported by a diaphragm wall, approximately 100m by 200m. As with any basement build, it was imperative to that groundwater levels were lowered appropriately to ensure stability. Being so close to the river could cause challenges itself that only a real groundwater expert would be able to foresee and accommodate. A further challenge was ensuring that the build didn’t adversely affect the London Underground Jubilee Line tunnels, which runs under the site.

WJ installed a 16 well perimeter deepwell system to lower the groundwater levels in the River Terrace Gravels. This helped to reduce the hydrostatic load on the diaphragm wall and therefore reduce movements, offering a greater level of stability. An additional challenge was lowering the groundwater level in the Thanet Sand which we achieved by drilling a number of wells to a depth of 84 meters into the underlying chalk.

With responsibility for the instrumentation and monitoring of the structure, WJ used 17 No. inclinometers to examine wall movements, extensometers to check heave around the London Underground tunnels and temporary prop loads to support the permiter wall during excavation by vibrating wire strain gauges linked to dataloggers for continuous reading.

While JP Morgan are now looking to sell the site, the basement levels of Riverside South are complete, and the developers can rest assured of their structural integrity for whatever purpose the development will now fulfill – be it large corporate offices or residential tower blocks.