The University of Ontario Institute of Technology in Oshawa, located approximately 70km east of WJ’s Head Offices in Toronto, is one of Canada’s leading universities. It was the site of one of our earliest projects in the region not associated with the Crosstown LRT works.

Groundwater control strategies are conventionally developed during the early planning stages of a project. But it’s not uncommon for unexpected groundwater to be encountered on a project where dewatering was not initially anticipated to be required. In these instances it’s important to be able to mobilise a reliable dewatering contractor to site at short notice to minimize the risk of potentially costly programme delays.

During the early construction works for a new building, housing the Faculty of Health Sciences, Office of Student Life and the new Ontario Tech University Students Union, the client unexpectedly encountered groundwater and got in touch with WJ.

Fortunately due to our extensive fleet of installation and pumping plant and equipment (not to mention talented and experienced staff!) we were able to prepare an appropriate dewatering design for the works, installation of the system and achieve the desired drawdown all in a few weeks, to the relief of the client. 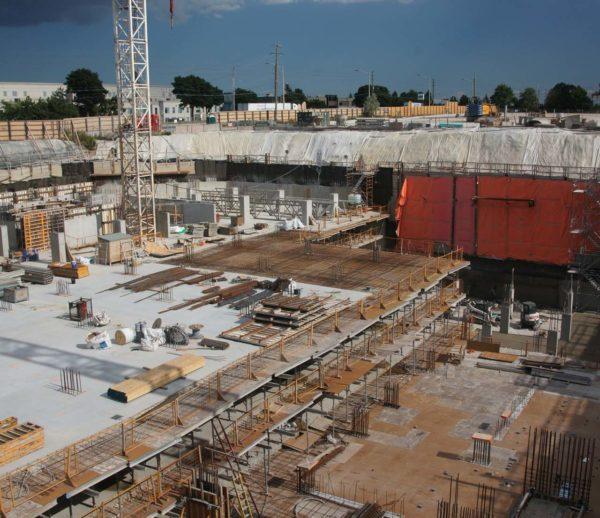 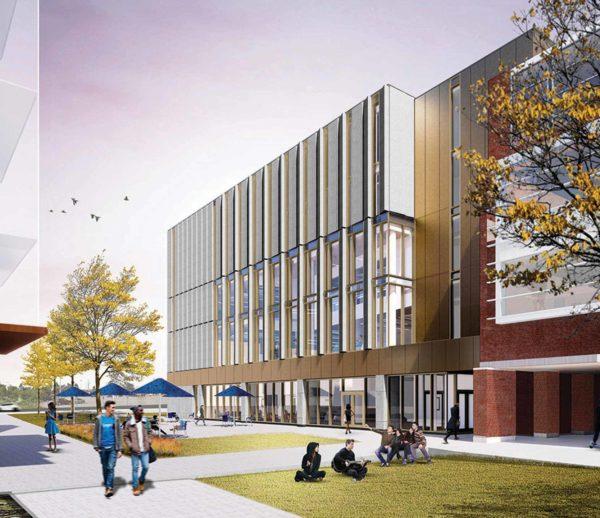 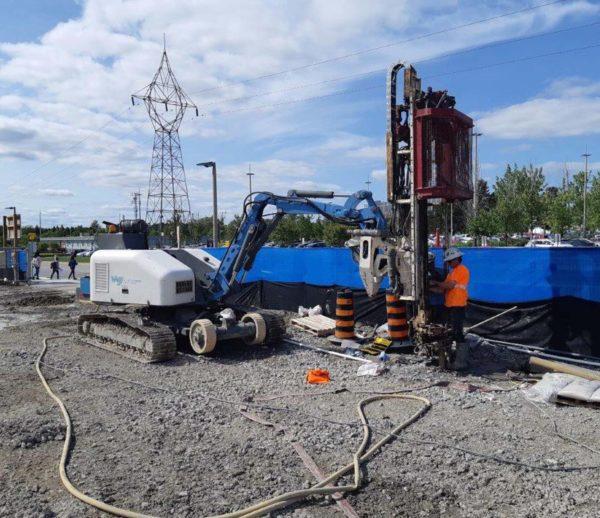 The project would comprise a wellpoint dewatering system to dewater the bulk excavation and a deeper central sump structure. Normally an excavation of this depth, size and in these ground conditions would require an expensive perimeter eductor dewatering system.

However with good drilling techniques from our ‘Baby Giraffe’ drilling rig, WJ’s innovative wellpoints, and clever positioning of the pumping equipment, we were able to able to avoid having to install an energy inefficient and space hungry eductor system. This ultimately saved our client $1,000s!

This 100no wellpoint system, was able to achieve drawdown significant enough for the client to dig to 5m depth in dry conditions; a depth which would not normally be considered feasible with this type of system.

Close and regular liaison with the client was vital on this project due to the nature of the works. As the new buildings would be linked in to existing and active buildings on site, space was of a premium.

Additionally the phasing of the construction works had been planned prior to the requirement for dewatering being determined. A deep central sump excavation was amongst the first to be scheduled and as a result a big drawdown was required initially prior to the full system being installed.

Installing the wellpoints with the Baby Giraffe

WJ chose to use the ‘Baby Giraffe’ for both phases of wellpoints. Its extendable mast allowed us to install wellpoints without the need for the construction of excavating rig platforms or access ramps, saving further time and unnecessary expense.

You can learn more about this project on the Ontario Tech University website. 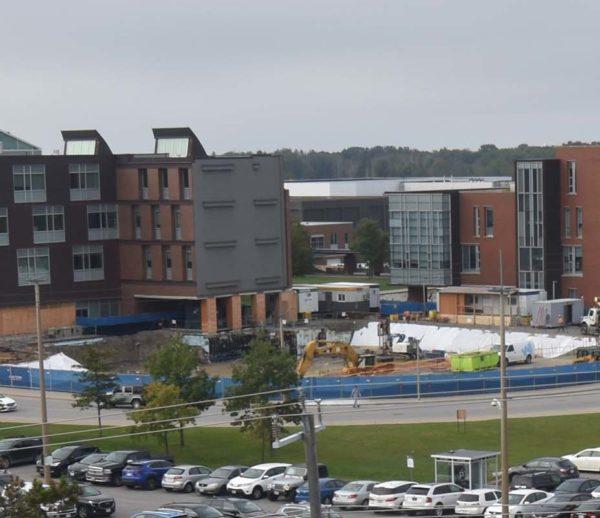 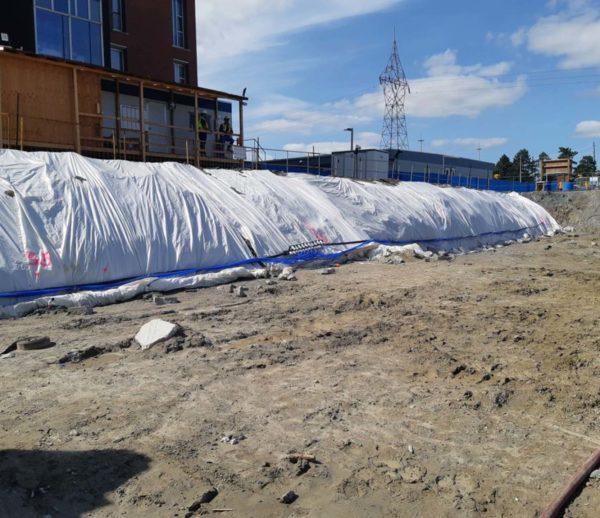 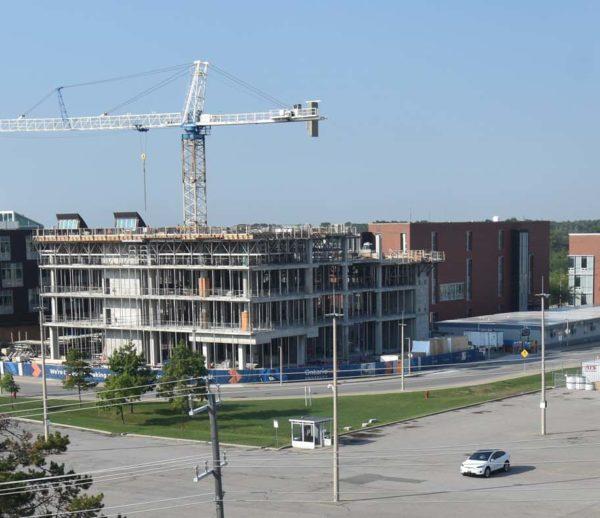 “We were able to able to avoid having to install an energy inefficient and space hungry eductor system, saving our client $1,000s”