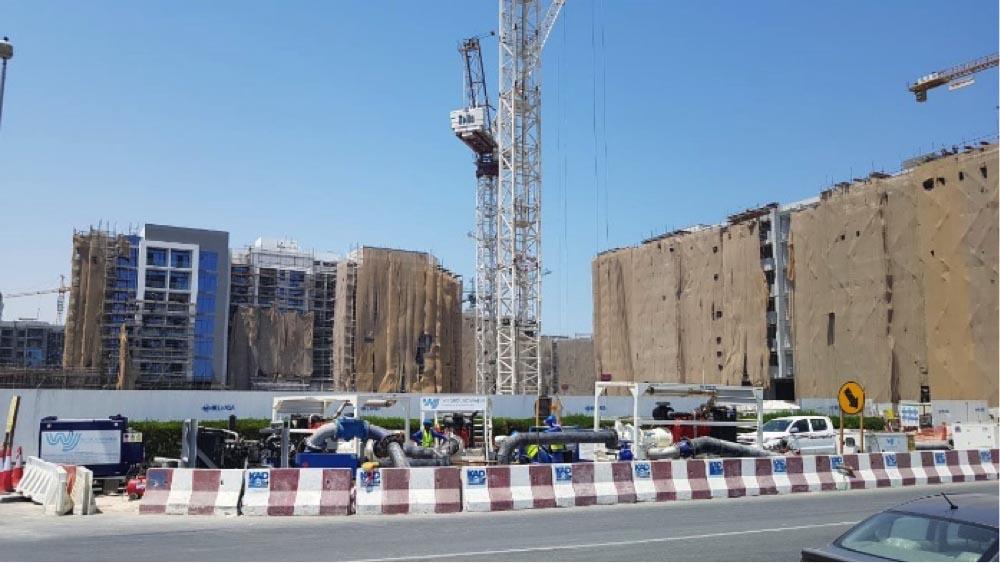 Over pumping from manhole for constructing additional downstream manhole

Dubai Municiaplity continue to invest and build on their existing utility network in Dubai. As part of upgrades, WJ Middle East undertook the storm water by pass works from manhole to manhole at Jumeirah using our high capacity diesel centrifugal pumps. We installed our heavy-duty temporary HDPE discharge bypass lines up to 100m in length. We had anticipated large volume of flows through the main network as it was near the outfall point. WJ successfully diverted the flows with no impact to the main network. 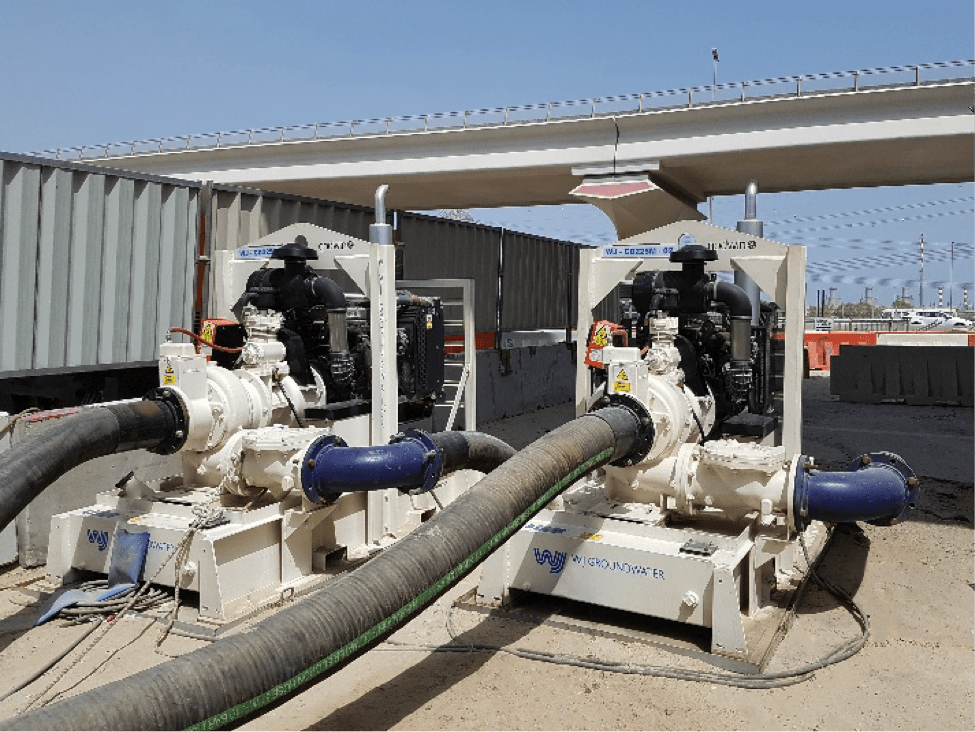 Over pumping for the upgrade of existing Metro Station

Description: The Nakheel Harbour and Tower (NHT) Station upgrade is a part of the Dubai Metro expansion works and it is located on Ibn Battuta Street. The Red Line Metro extension to Expo 2020 site shall intersect at NHT Station. WJ Groundwater Limited undertook the storm water & sewage over pumping works using our high capacity diesel centrifugal pumps. We installed our heavy-duty temporary HDPE discharge bypass lines up to 250m in length. The over pumping system was operated and monitored by WJ personnel continuously throughout the project. A flowmeter was used to monitor the system flow rate. WJ Groundwater has also successfully executed and installed our advanced deep line plugging system to divert flows. 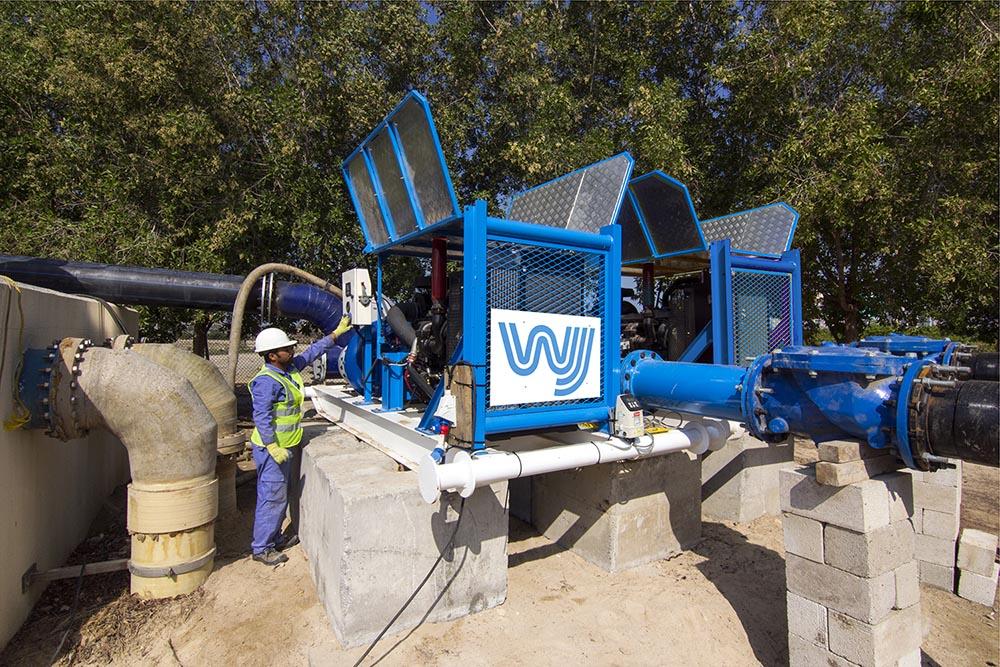 WJ undertook sewage over pumping works as part of maintenance works at The Gardens Sewage Treatment Works in Dubai.

WJ were contracted by Hydrojet to divert incoming mains sewage from the works inlet to the neighbouring aeration tanks whilst they carried out maintenance works at the pumping station for Nakheel.

WJ installed a high performance overpumping system using two of its high capacity 400 l/s diesel suction pumps and HDPE suction and discharge lines that took sewage from the inlet chamber and distributed flows evenly between 4 no. aeration tanks. The pumps used were brand new, ultra-efficient BBA BA300k sewage pumps. They are specifically designed to handle sewage with a semi-open impeller design capable of handling solids up to 100mm. A key selling point to Hydrojet was that the pumps used nearly half the fuel consumption of those offered by other dewatering contractors which helped to reduce their costs. Due to the sensitive nature of pumping sewage we provided 100% spare pumping capacity to ensure continuous operation, along with electromagnetic flow meters and full time supervision to monitor system performance.

The project was a great success and WJ was impressed by the professionalism of Hydrojet and look forward to working with them again on future projects. 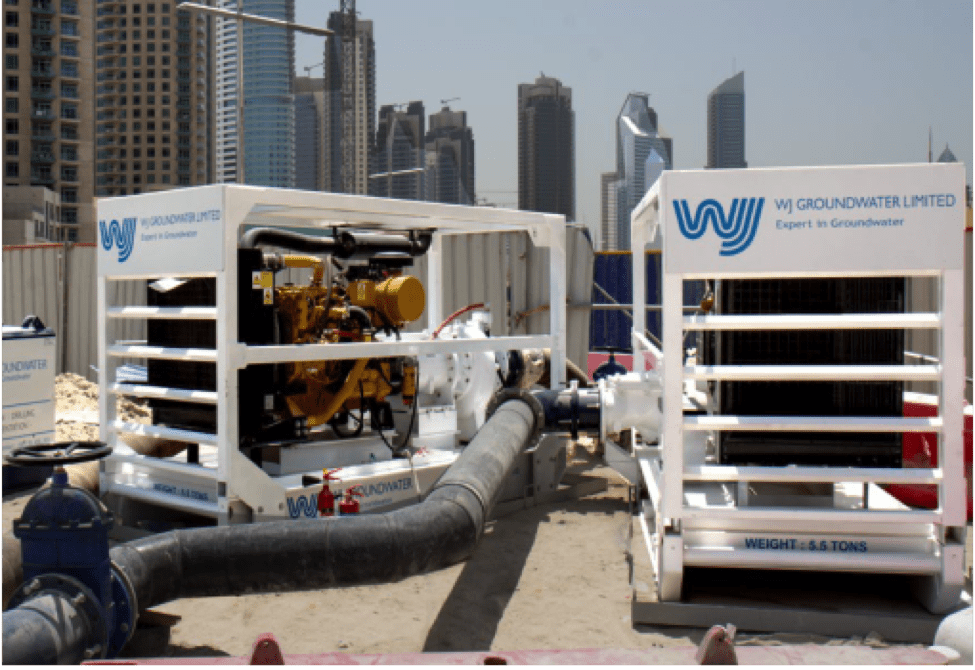 Over pumping for existing Network Upgrade

We have installed, commissioned and operated a temporary over pumping system at Down Town Dubai to facilitate construction of service tunnels and roads in the area. The existing sewer network was diverted through our temporary setup. The pumping station had a peak flow of 1500 m3/hr.