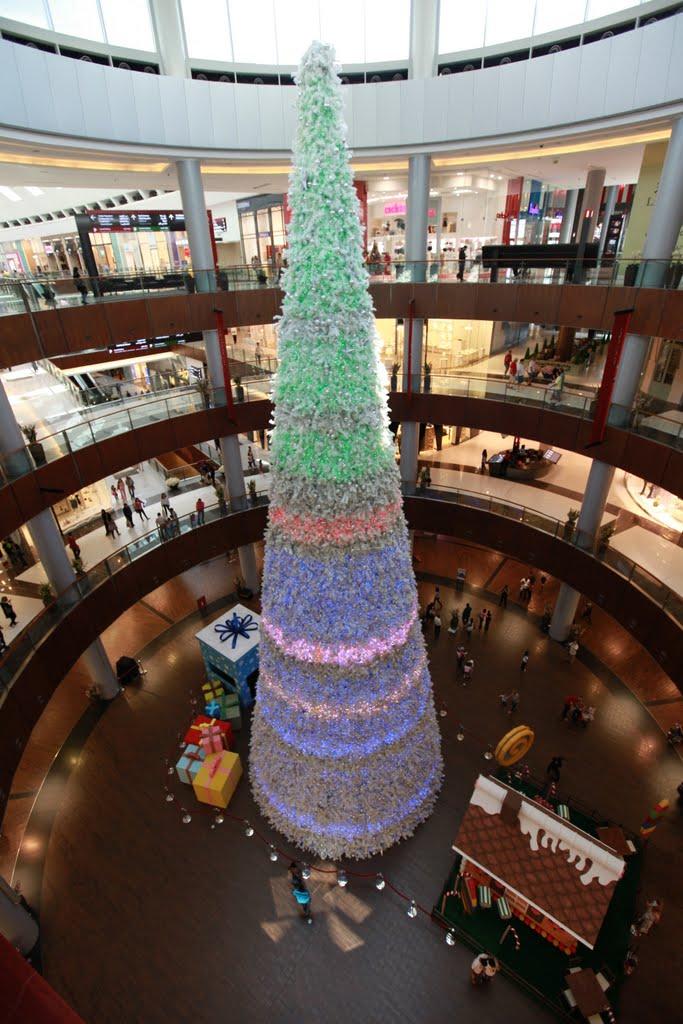 Christmas in the Middle East

The commercial side of Christmas is growing in popularity year on year in certain countries across the Arabian peninsula. Traditionally known as an Islamic region, countries like UAE and Qatar are also hosting a myriad of Christmas events to cater for the growing number of European, Far Eastern and American ex-pats, workers and holidaymakers.

Christmas is normally a very big event in Dubai. The coffee shops have been playing Christmas Carols and pop hits since early November. There are plenty of Santa’s Grottos around in the shopping malls and larger department stores. Some of the high-end shops have even invited a certified Santa to visit from Finland to entertain the children. There is a fantastic Norwegian pine in the centre of Dubai Mall for all to see as well this year (pictured). 2016 sees the 26th year of the Dubai Shopping Festival that begins on 26th December (Boxing Day) and continues for a month. Imagine the January sales only ten times bigger! In Doha, Christmas has a much lower profile but we still do celebrate it at WJ Groundwater and in our homes should we want to. A lot of ex-pats who live or work here in Arabia have little difficulty in buying a quality turkey.

“Sometimes it can be a challenge getting a turkey on the day though. In the past we’ve tried getting Christmas dinner delivered from a local hotel, but it wasn’t the best by the time it arrived. We’ve also tried something a little different by have BBQ chicken at a South African friend’s house,” said Middle East Director, Paul Turner. “We always host Christmas parties at WJ Groundwater’s UAE and Qatar offices. In Qatar we usually hire a function room at a hotel and enjoy a meal together. In Dubai, we have been known to hire a dhow, which has been great. For our workforce, the main difference in the meal is that rice is served as an alternative to roast potatoes! Our team also enjoys decking out both offices with Christmas decorations and it’s generally a great time for us all to unwind and enjoy each other’s company.”

We wish you a Merry Christmas from all at the WJ Groundwater Middle East offices.