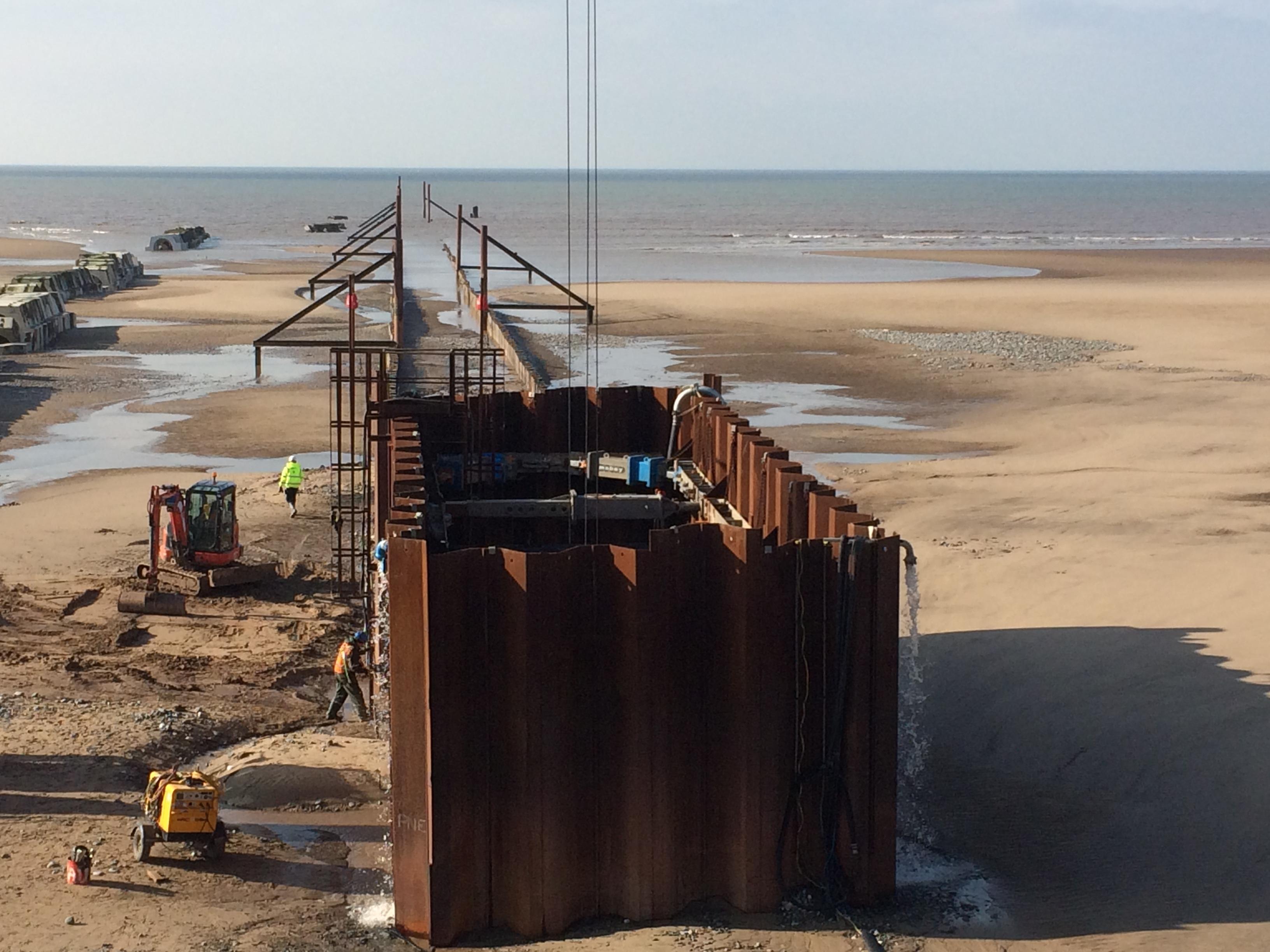 WJ are once again showing our technical prowess with another challenging project in Anchorsholme; dewatering a cofferdam in the Irish Sea! 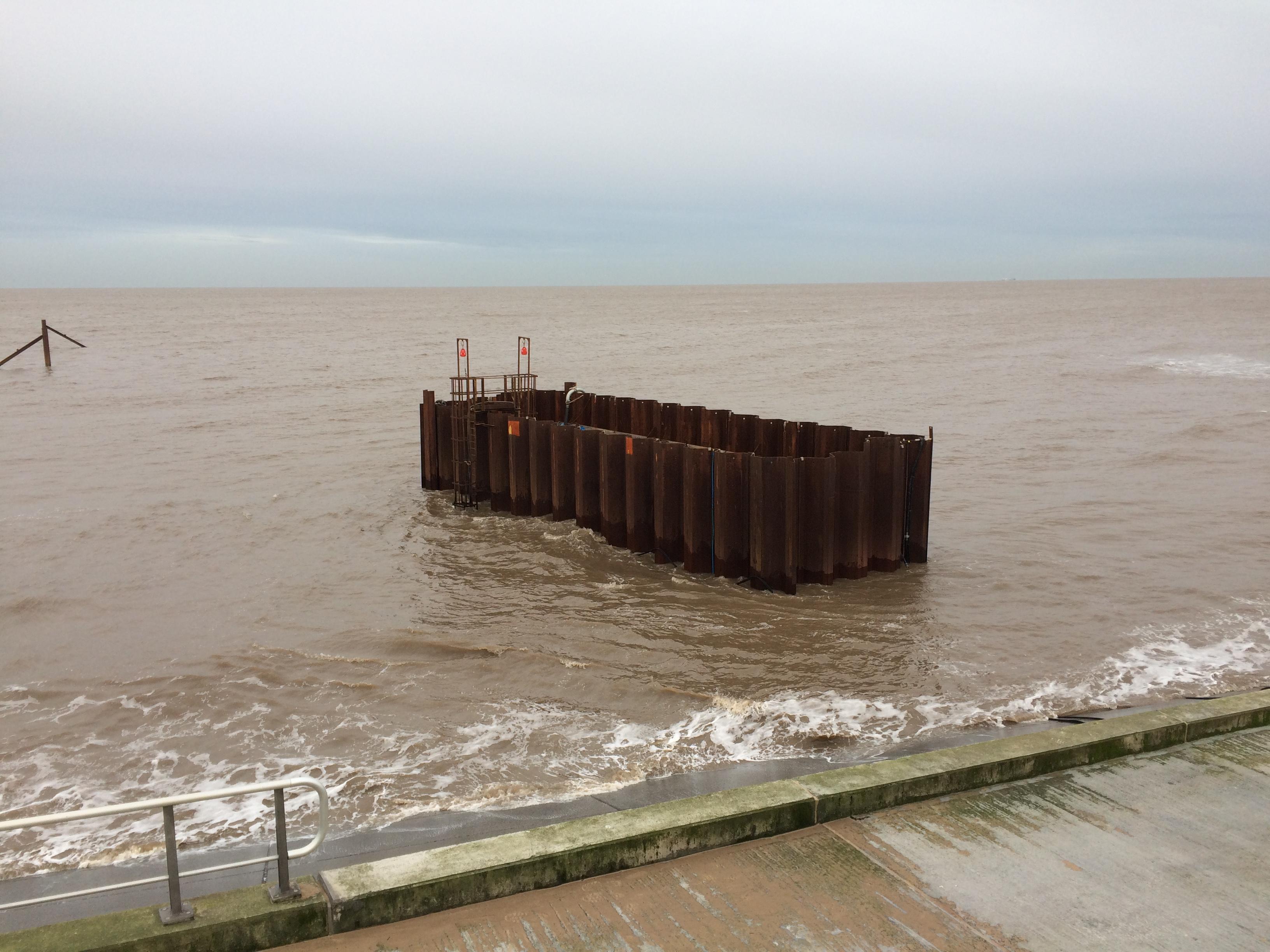 Our latest project, working with the CH2M HILL – VolkerStevin joint venture, C2V+, was to aid the construction of a new 6m by 20m cofferdam in the Irish Sea, directly off the coast from the Anchorsholme Park Storage site. The particularly challenging aspect of this project was the offshore location of the cofferdam, fortunately WJ have undertaken several similar projects to this in recent years in Ipswich and Dover.

The dewatering system comprised eight 9.5m deep deepwells installed around the internal perimeter of the cofferdam, installed using a rotary drilling rig, in to interbedded sand and clay deposits during February 2018. 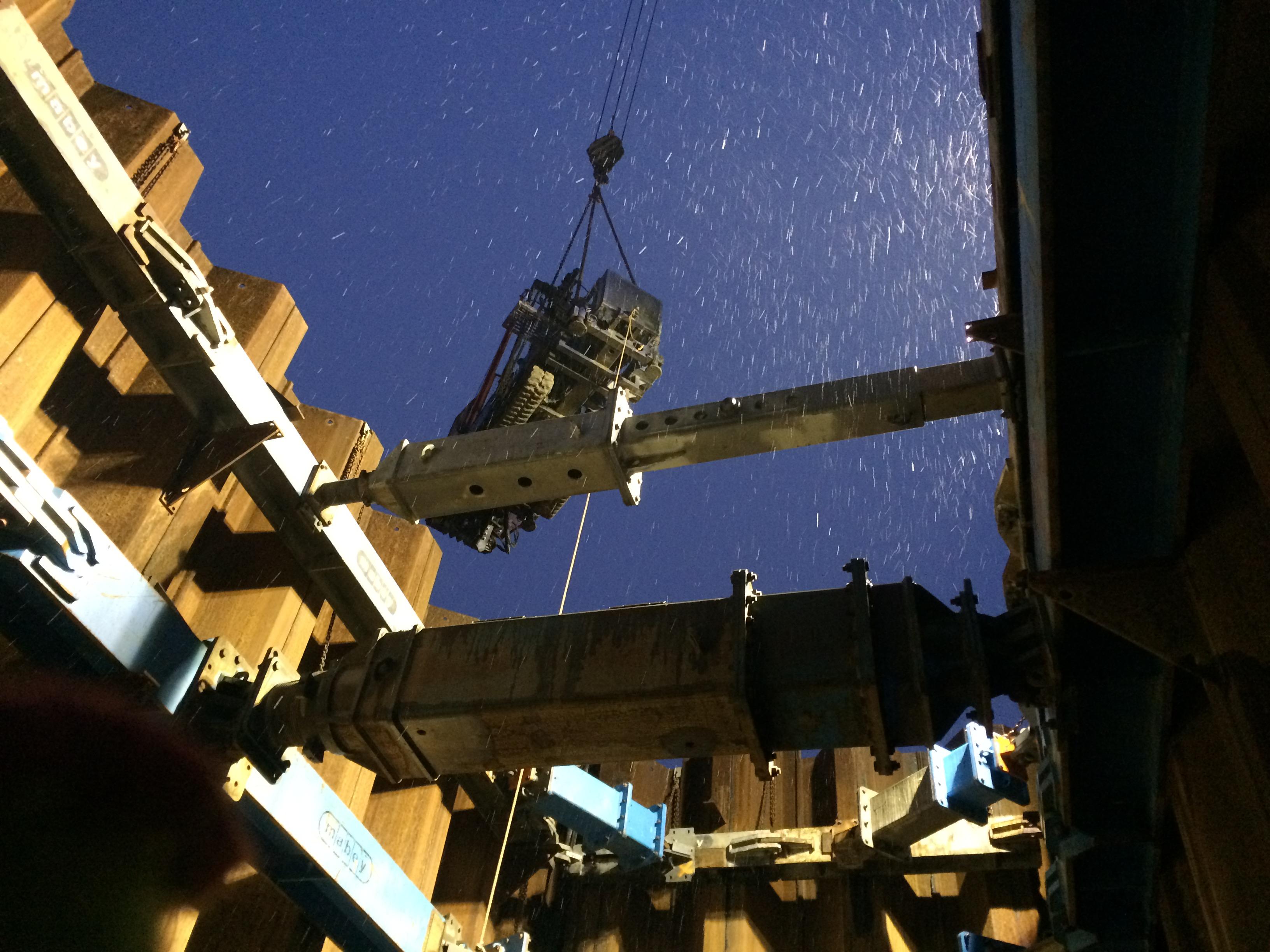 The first technical challenge on this project was the installation of the wells themselves. It was only possible to install during the two 6-hr low tide windows each day, as during high tides the cofferdam would be flooded. During each of these windows it was necessary to pump out the cofferdam, crane the drilling rig in to position, drill, seal off the works so they wouldn’t flood when the tide came back in, and remove the rig from the cofferdam. Fortunately due to the meticulous planning of the works by the WJ Project Engineer, Michael Cummiskey, the wells were all successfully installed during the planned installation period.

The second technical challenge was also a result of the offshore location. As the cofferdam would be flooded during high tides it was necessary for the WJ control cabin and generators to be located onshore on an existing revetment, above the maximum tide level, with cables running between the cofferdam and the cabins along the beach and existing sea defences.

Despite the best efforts of the Irish Sea the target drawdown was successfully achieved and the pumping is due to continue until the end of April.